I wasn’t really paying much attention on this walk; my mind being preoccupied with other things. And because of this I wasn’t able to engage with my surroundings as I usually do so my recollections are rather scant.

Cowdray is an impressive ruin of a Tudor Castle and it was only at the end of the circuit that I realised this; going for a walk does help clear the mind. 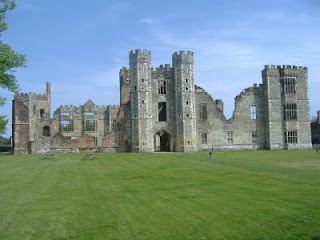 The route was a six or so mile circuit lifted from the Jarrold’s Pathfinder Guide to Surrey and Sussex and over the last year or so I’ve pretty much done most of the walks in this book. The route follows river bank, woodland path, sunken lanes and wide buttercup filled river meadows. 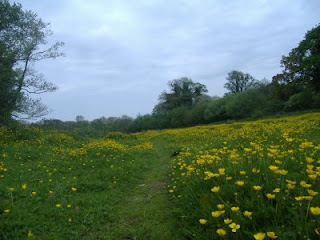 At Heathend copse a detour was taken as a conifer plantation had sprung up since the book was published and the bridleway had vanished underneath it. In the copse several cuckoo’s called to each other. 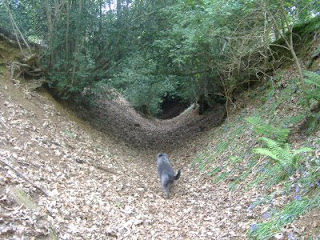 At Steward’s Pond I stopped and carefully balanced my way across reed tufts to the pond’s feed to fill the Travel Tap. And under the cover of some trees nearby I cleared a spot, set up the Gnome and set to cooking lunch. More of this here. 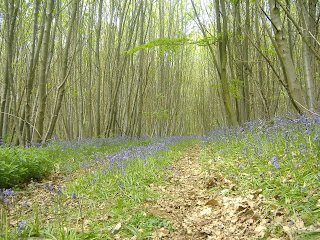 From the pond the route tacks across a golf course and back to Cowdray, Midhurst and the car park.

I've done this walk a couple of times. It is really nice but rather spoiled by the trip across the golf course. As I remember the players didn't think much of walkers and certainly didn't take account of our safety when we passed

Crossing the golf course didnt bother me. It was the horse jumps set up right across the right of way before the pond that got my goat.