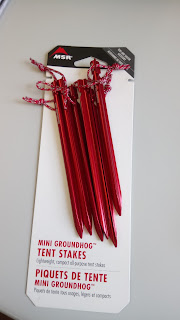 An easy way of losing weight from your rucksack is to replace the the tent pegs that come with your shelter. Whilst these aren't necessarily poor quality they tend to be heavier with a basic Y or V design.

The downside is the cost. And if your tent doesn't need many pegs then... I'll let you do the math.

MSR Mini Groundhogs are made from aluminium and weigh 9.5g each. They come supplied with a cord pull and are in an easy to spot red. They are Y pegs but with a difference the three arms of the Y are curved. The idea that this gives them better holding power.

I used them on two nights last weekend when the weather wasn't the best and found that they held really well. They need to go all the way in to maximise their holding power however they are really easy to insert. The best thing though is that they were £10.00 cheaper than the equivalent number of Titanium pegs of the same weight.

These were bought from Ultralightoutdoor gear.
2 comments: 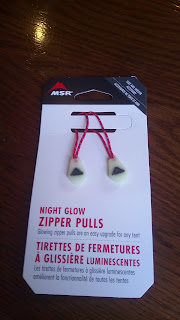 A simple and effective tent upgrade that adds less than 3g* to the shelter. They are easily installed by looping through the zip and back through the loop of the pull itself forming a simple larks foot knot. And if you're like me and have a, cough, number of tents and shelters then they can easily transfered between them.

I'm not sure whether they are best on the outer side of the fly or on the inside. Or on both!

I picked them up from Ultralightoutdoorgear.

*subject to the number put to use. 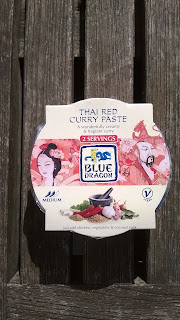 I heard about this via a vegan food page I subscribe to on Facebook. I’m not a vegan but contributors there regularly post stuff up that also happens to be gluten free. And it happens my partner, Sarah, is vegan so this made a handy addition to our camp cooking repertoire.

There are three pastes in the range, all vegan and all GF, the others are a green Thai and Massaman one. It was the latter I was keen on trying but was unable to find it, so opted for this.

I tend only to cook from scratch when car camping or on ‘Cheeky Overnighters’ where weight isn’t an issue. And it was on one of these that the paste made its way on to the menu.

The plan was to pre-pack rice noodles, a vegetable stock cube, cashew nuts, tamari, sesame oil, and grated coconut cream.  And then pick up some veggies along the way. As it happened we managed to find a ‘Chef’s Selection’ of baby corn, carrot, broccoli and mange tout which made the meal more authentic.

In a Snow Peak 1400 pot I heated the paste on a very low flame, this released the flavours but I was mindful to make sure it didn’t burn. A glug of sesame oil helped here. In went the stock cube, water, coconut, tamari and veggies. The latter I’d cut down into smaller bite size pieces. If I was cooking for one I’d have dropped the noodles in the pot too but I wasn’t, so I boiled some water in a Snow Peak 900 for the noodles whilst the curry sat in a cozy. The cashews nuts were added to it just before serving.

Juggling noodles indoors is a feat in itself and it takes on a whole new dimension when camping. But I managed the divvying up with the help of an Orikaso folding plate that clips together to form a bowl with a spout for draining stuff. The plate also doubled as a chopping board and somewhere to hold the veggies whilst I got the curry on the go.

The outcome? A very enjoyable meal. I’d certainly recommend this paste and will try the others when I’m able to track them down. Meat eaters could add fish sauce, of course, for that authentic umami taste that was obviously missing.

A couple of things to note. The Orikaso plates are no longer available in the version that I used. I carried the sesame oil and tamari in GSI condiment bottles. The Snow Peak pots nest even with the cozies on making for a compact modular cook system. I also own a 600 mug allowing me to scale the system down to a one person one. 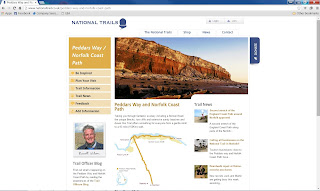