A quick explore of the area around Wisborough Green, following for the most part the Arun river and canal. The canal was built to link London with the south coast but was never commercially viable so fell into disuse, some of the navigation has clogged and vanished over time. 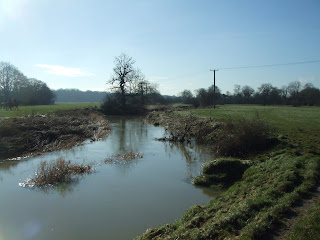 River Arun
After the snow and rain much of the water meadow that the Wey South Path crosses was waterlogged. With my Seal Skinz in a different part of the country I was destined to get wet feet. Not a problem the sun was shining and as long as I kept moving my feet would stay warm. 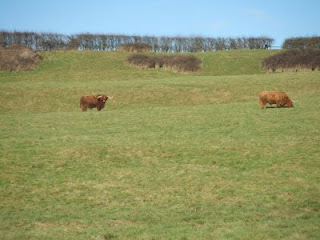 Highland cattle on the higher ground
We arrived at Lording's Lock where picnic tables had been placed - an ideal spot to stop and put a brew on. Lunch was a chicken ramen dish; simply a chicken stock cube, brown rice noodles and some dried veg. Some tweaking of the seasoning is required but a useful addition to the lunchtime meal repertoire has been found. 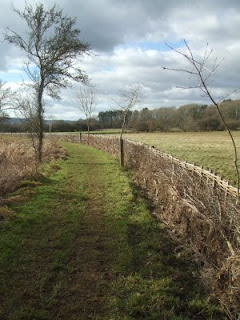 Recently layered hedge
A mile or so later we bade farewell to the canal and headed north back to Wisborough Green.

Been thinking about walking the Wey South Path as it's pretty close to me. Is it worth exploring further?

I've done very little of it, so I cant really comment unfortunately.

Too many paths; not enough time. Got to finish the NDW first then I'm looking at doing other bits of the Greensand way and Wey South. With the warmer weather on the way I'm hoping to get two day chunks done.