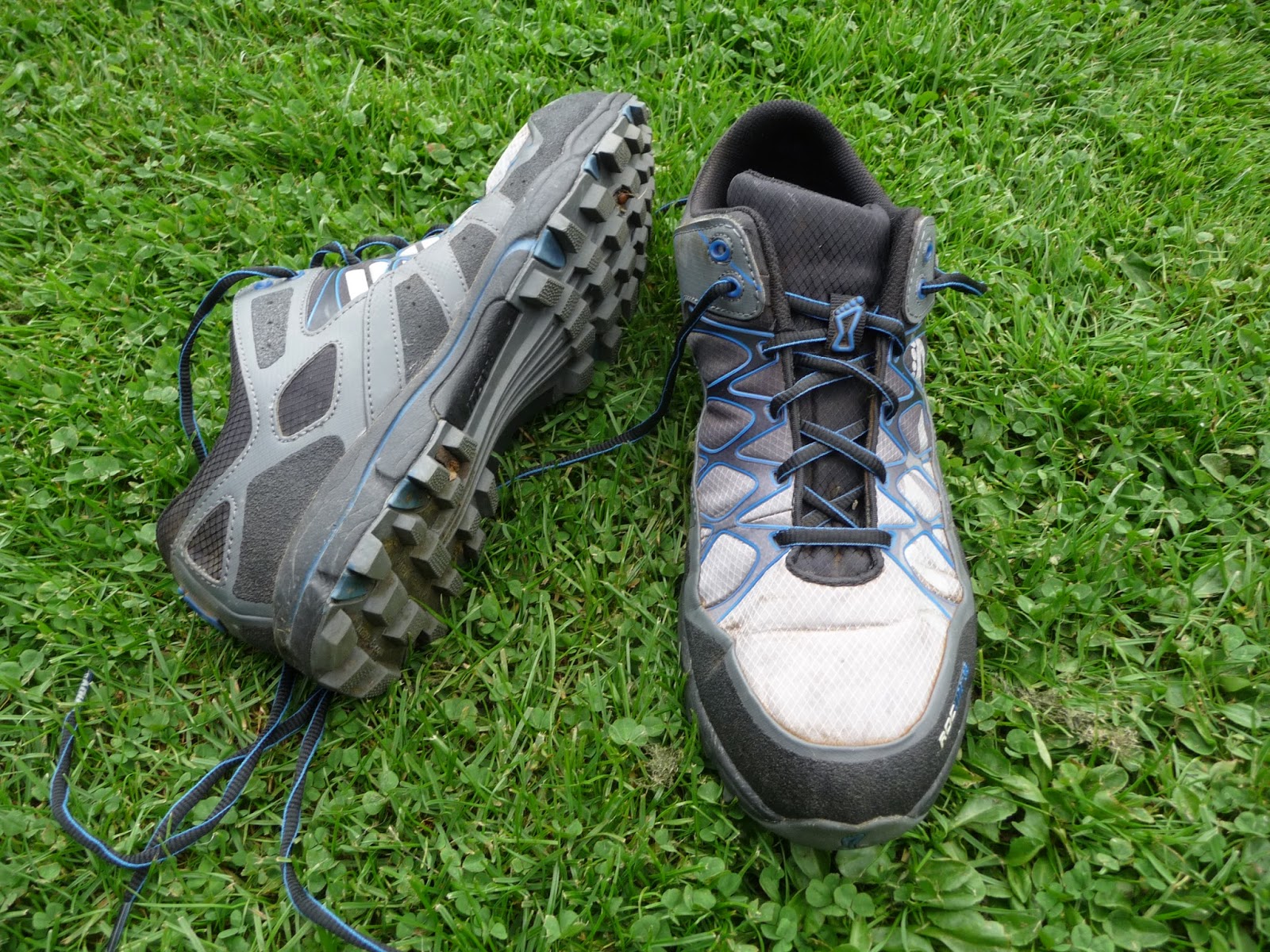 This is my third pair in Inov8 Roclites, and these are the new look from last year’s revamp. So what’s changed?

Well, the mesh upper is now solid and has a new paint job. Although I’ve been a fan of using running shoes as my go to hiking footwear for a number of years I’ve always avoided the garishly finished makes like New Balance and Asics. The paint job on these is borderline but now with several months wear they aren’t so bright and shiny anymore. The midsole has changed to, it’s more springy than the earlier models as I seem to remember, which is good, meaning more comfortable and less tiring walking. The chunky sole remains which is great as they helped to keep me on my feet when running scree slopes in the Picos de Europa a few years back. And despite the non-mesh top the size 10s weigh less than their marque weight. However the non-mesh top isn’t an improvement on the earlier models, so it’s more water resistant than mesh but isn’t any where near as breathable. Last September when I walked a chunk of the Thames Path my feet overheated whereas with the previous mesh upper Roclites they wouldn’t have. And once damp they took longer to dry, in the past I’ve walked trainers with mesh uppers dry depending on the weather this wasn’t the case with these.

My overall view on the revamped Roclite 315s is one step forward and one back, the solid upper will be fine for the cooler months providing they stay relatively dry but I will need to invest in pair of trainers with mesh uppers for the warmer months.

One final point, I’ve used Superfeet insoles with all the Invo8 trainers I’ve owned but with the revamp they no longer fit. There must have been a change to the heel cup because first time out with them in my heel pads were pinched badly. Maybe the heel cup has been updated so that insoles like Superfeet are no longer required. I know a number of manufacturers that have been using better designs in recent years to support the heel pads so this may be just another development with the trainer. Not that this is an issue as I’ve already got many hundreds of miles use out of them so am not out of pocket and there still may be need for them with future purchases.